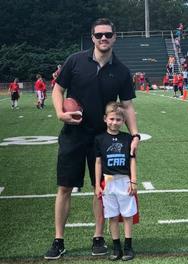 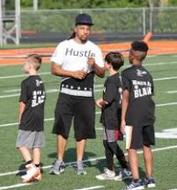 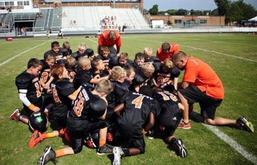 Join us on Facebook and keep up to date with all the news, simply click on the 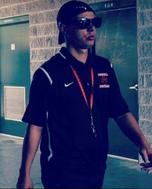 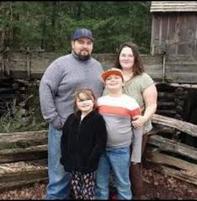 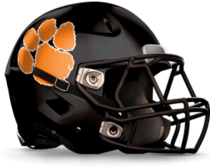 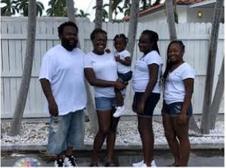 My name is Jason Stout and I have been coaching youth sports since 2006.  This will be my 12th year coaching youth football. We have brought two Football Championships to Powell in my time as a coach. I have coached youth basketball and at the moment I am coaching T-ball at Powell Levi.  I was born and raised in Knoxville and have two kids who will be starting their senior year of high school in the fall.  My daughter attends L & N Stem Academy and my son attends Powell and is on the football team.  I am a VOL fan and enjoy anything sports related.  I look forward to working with your kids this season and hope to bring home another championship

Hello, my name is Brett Spradlen and I am the 12u Powell football coach. This will be my 9th season coaching in Powell youth football.  I grew up playing in this program and was fortunate enough to get to play college ball. Over the past nine years, I’ve had the privilege of watching these boys turn into young men and I’m looking forward to one more season.  Go Panthers! #faithfamilyfootball

Coach Wayne has a diverse background of successful coaching at the middle/high schools levels. Coach began his coaching career at West High School (2002-2004) for 2 years. During his 6 years (2004-2010) with Austin-East High School Super Midgets team, he played an integral roe in player development and assisted with 5 championships won during his coach career with Austin-East. He was the Offensive Coordinator and Offensive Line Coach with Austin-East. He continued to Fulton High School Super Midgets as a Defensive Coordinator and Defensive Line Coach for 7 years (2010-2017). Coach Wayne helped coach the team to 5 championships. Coach left Fulton to take over as the Head Coach of the middle school team of CAK. He coached there for 1 year but coached the lives and hearts of many players during his season. Coach is a native of Knoxville and a 2000 Austin-East High School graduate. He is a husband and a father to 3 daughters.

My name is Kaylin White or Coach K, I am the head coach of the 6U flag football at Powell. This upcoming year will be my 3rd year coaching. My first year we finished runner up in the Knox county flag division, falling one play short of wining the championship. My second year we made it to the third round of the playoffs, we have been knocking on the door to bring the championship back to the Powell community. Hopefully this year we can reach our goal. My mission is teach the game I love to youth. We are going to work hard, play hard and have fun. Go panthers!

My name is Blaine Haston or Coach “B”. I’m the Commissioner of the Powell Youth Football Organization and Head Coach for the 7/8u Flag Football Division. I’ve been coaching and mentoring young athletes going on 5 years. I’ve played Football since the age of 6 and through High School was South Georgia All Region, won two 5A State Championships and played a brief stint at the University of Tennessee Chattanooga. My main focus with our players is to provide a safe environment in which we teach fundamentally sound football as well as life lessons centered around faith, team work, self-discipline and commitment.

Hey Panther Nation! My name is Anthony Bennett and I'll be your coach for 7&8 tackle football. If it involves a ball, puck, stick, club, or bat I grew up around it. I grew up playing baseball and football in Karns and down on Georgia.  I'm originally from the Karns area but moved to Powell 3 1/2 years ago. We've been involved in Powell youth sports for 4 years between baseball and football. With our kids we look to instill a passion for the game, grit and determination to overcome adversity, discipline and respect to work together as teammates, and above all having fun doing it. I can't wait to see your kids out on the field in orange and black setting the foundation for panther football. Go Panthers!

Wether it’s been playing or coaching, the game of football has been my passion for the past twenty years. I have been coaching for going on ten years, five of those years I’ve been lucky enough to be at Powell. My mission is to teach the game I love to youth and show them that this game goes far beyond wins or loses, and to instill in them the core morals of Faith, Integrity, Self Respect and Team work.